I have a big problem to start the SPD Workflow as well as in 2010 version as in 2013. I need to create the workflow for SP 2010 list and downloaded the SP Designer 2010. I am the beginner in this area and study how to work with it by videos and forums in internet. To assure that everything is right, I used the instruction http://office.microsoft.com/en-us/sharepoint-designer-help/introduction-to-designing-and-customizing-workflows-HA101859249.aspx . But when I press on buttom to create the workflow nothing happen, it doesn't do anything like I don't press, just updating the page.

I decided to check if I do something wrong on another site which is already moved to 2013 version (full control rights as well). I downloaded the SP Designer 2013 and here the working window appeared but it requareds to instal Visio Pro

(according to the description http://blogs.msdn.com/b/sharepointdesigner/archive/2012/10/22/introducing-the-new-visual-designer.aspx it should be Pro), I have only standart.

Thank you in advance for help! 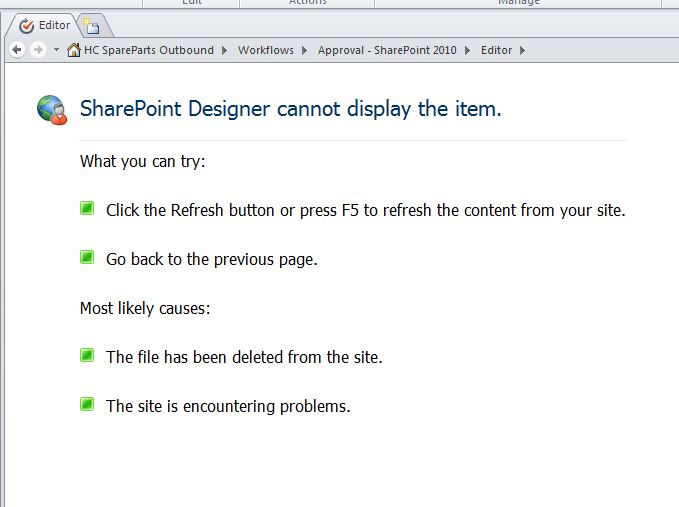 for 2013, follow this TechNet update to fix the viso issue!

Not the answer you're looking for? Browse other questions tagged designer-workflow or ask your own question.

2
Where is the mistake in workflow?